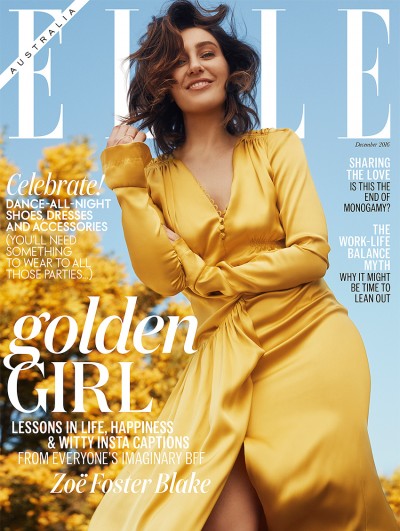 Zoë Foster Blake is the ultimate ELLE girl, as described by her good friend and the magazine’s editor-in-chief, Justine Cullen. “She’s sexy, smart and spirited like our magazine’s tagline, yes, but she’s also a game-changer,” Justine writes in the cover story. “She has all the qualities that I am for this magazine to have every issue, but in person-form. I had no choice but to put her on the cover.”

Zoë, who interviews herself in a hilarious and super-meta piece you can only read when you buy the December issue, is joined by an adorable and popular little scene-stealer in her editorial spread: her son, Sonny.

Dressed in an elegant mix of pieces from the likes of Loewe, Proenza Schouler and Christian Dior (the delightful dress she shines in on the cover) at Emirates O&O Wolgan Valley, Zoë takes centre stage—see the full shoot in the issue, available to buy now, and click through for a sneak peek as well as some highlights from Zoe’s chat with, well, herself.